It aims to provide awards in the region of £500 for research on the UK fossil flora and fauna. Please see the website or contact the Secretary (Steve.Donovan@naturalis.nl) for further information. 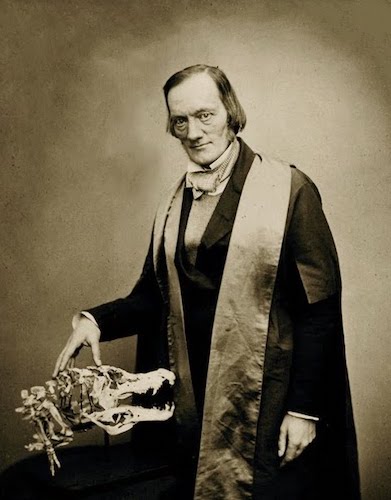 One grant was awarded in 2013 to Dr Judyth Sassoon – below is the report submitted to the 2014 society newsletter from the recipient:

Description and phylogenetics of a new pliosaurid from Peterborough, UK and its implications for the taxonomy of “Pliosaurus” andrewsi and other Oxford Clay pliosaurs

Pliosaurids are an ecologically important group of Mesozoic marine predators, with a large-headed, short-necked body plan and an extensive range of sizes, attaining extreme lengths of <12 m. They had a global distribution and occupied the top tiers of marine ecosystems for 110 Ma (Early Jurassic to Cretaceous-Maastrichtian) (Benson et al., 2010; Ketchum & Benson, 2010). Pliosaurids are abundant among British fossils from the Middle–Late Jurassic Oxford and Kimmeridge Clay formations. An especially high diversity is found, at both genus and species level, within the late Middle Jurassic (Callovian) Peterborough Member of the Oxford Clay Formation (Andrews, 1913). This includes historical material collected from the 19th and early 20th centuries (e.g., Seeley, 1869; Phillips, 1871).

The first pliosaurids ever described were from the Oxford Clay Formation and included Plesiosaurus philarchus [sic] (later referred to Peloneustes; Lydekker, 1889), Pliosaurus evansi and Pliosaurus pachydeirus (Seeley, 1869). The first significant pliosaur cranial material to be figured was a mandible of Pliosaurus grandis (Phillips, 1871; now Pliosaurus andrewsi; Andrews, 1913; Tarlo, 1960). Culturally iconic taxa such as the giant Liopleurodon ferox are also from the Oxford Clay Formation. Many of these historic taxa are now no longer valid. To date, descriptions of Oxford Clay pliosaurs are mostly from the exceptional collection of Alfred Leeds (Leeds, 1956), and almost entirely from a small number of horizons in the Kosmoceras jason Biozone (Martill, 1985). Oxford Clay Formation material from other collections remains undescribed, and new taxa from other biozones suggest unappreciated temporal and geographic diversity (Ketchum & Benson, 2011a, b). Substantial taxonomic and descriptive work remains to be undertaken to elucidate the anatomy of these specimens, and their significance for pliosaurid phylogeny and evolution.

There are currently five valid species of Callovian pliosaur (Ketchum & Benson, 2011a, b): Liopleurodon ferox, Simolestes vorax, Peloneustes philarchus, Pachycostasaurus dawni and Marmornectes candrewsi. “Pliosaurus andrewsi” (BMNH R3891) is no longer considered among them. The taxon was initially erected by Tarlo (1960) based on material described by Andrews (1913) and assigned to Pliosaurus on account of its apparent similarities with Pliosaurus brachydeirus (OUMNH J.9245). Recent work has revised the whole of the genus Pliosaurus (Benson et al., 2013; Knutsen, 2012) and phylogenetic analysis did not recover “P. andrewsi” within, nor as a sister taxon to, Pliosaurus (Ketchum & Benson, 2010). Later, Druckenmiller & Knutsen (2012) recovered “P. andrewsi” within the Brachaucheninae while the revised taxonomy of Benson & Druckenmiller (2014) determined “P. andrewsi” to be a sister taxon to the Brachacheninae, within the newly erected clade Thalassophonea.

The initial purpose of this project was to provide a description of a previously unknown Callovian pliosaurid. CAMSM J63532-J63671 is a small pliosaurid, originating from a brick pit in the vicinity of Whittlesea (now Whittlesey), Cambridgeshire, UK [NGR TL 271 967]. It was discovered in the early 1900s by Sedgwick Museum curator Henry Keeping, but otherwise its origins and provenance remains obscure. It is well preserved, rich in anatomical detail and comprises most of the skull, mandible, teeth, vertebrae, ribs, partial pectoral girdle, pubes, humeri, femora and a near-complete paddle. Stomach contents, consisting primarily of small fish bones, small gastroliths, and a considerable amount of sand and grit have also been preserved as a dark oily layer associated with thoracic ribs.

Anatomical studies have shown that both CAMSM J63532–J63671 and BMNH R3891differ from all the currently valid Oxford Clay Formation specimens, but are themselves remarkably similar. Both specimens are mesorostrine pliosaurids (distinct from longirostrine Pliosaurus, Marmornectes, Liopleurodon and Peloneustes) of medium size (skull length about 1 m). The lateral rostral margins of the skull does not expand anteriorly (“spatulate” expansion), as in Peloneustes and the brevirostrine Simolestes. They are distinguished from Pachycostosaurus by the number of premaxillary and symphyseal teeth. All teeth are subcircular in cross section, with longitudinal enamel ridges and a notably similar pattern of extreme tooth wear. In some cases the teeth are worn down to a blunt stump and might suggest a rather specialised diet. The propodials closely resemble those of Marmornectes, but cranial features merit a generic separation from all other known Oxford Clay Formation species. The similarities between BMNH R3891and CAMSM J63532–J63671 require the erection of a new genus.

Identification of the Whittlesea specimen and “P. andrewsi” as belonging to the same, new genus (and probably the same species) has provided data which is currently being used to revise the phylogeny of the Oxford Clay Formation pliosaurids. I am currently writing up these results for publication.

I gratefully acknowledge the financial support of the Palaeontographical Society, which enabled visits to the collections of the Sedgwick Museum and NHM. I thank Matt Riley and the staff of the Sedgwick Collection, and Sandra Chapman (NHM) for allowing access to specimens, and for all their assistance during my visits. I thank my colleagues and co-authors, Roger Benson and Leslie Noè, for their advice and discussions.

PHILLIPS, J. 1871. Geology of Oxford and the Valley of the Thames. Clarendon Press, Oxford.

SEELEY, H.G. 1869. Index to the Fossil Remains of Aves, Ornithosauria, and Reptilia: Woodwardian Museum of the University of Cambridge. Deighton, Bell & Co., London.