A few words from Jed about their research and on winning the award.

Mass extinction events capture the imagination of many, they are periods of inconceivable environmental destruction and consign wonderful creatures to annals of geological time. I am however captivated by the events that happen afterwards; the recovery interval. These intervals show the resilience of life and how it can bounce back from some of the greatest catastrophes in earth history. My particular interest lies within the recovery of marine invertebrate communities; their fossils are very abundant and they represent a wide range of ecological groups making them ideal for high-resolution studies. To understand the causes behind the changes to invertebrate communities I also reconstruct the environments using sedimentological evidence including pyrite, which provides insights into the state of water column oxygenation.  I have previously worked on the recovery intervals of the end-Triassic, early Toarcian (Jurassic) and Permian-Triassic mass extinction events, documenting factors such as species diversity, ecological diversity, abundance, body size, and growth patterns.

My current research project changes tack, instead of looking at whole sea-floor communities across a single event, I am studying the fortunes of one particular family of bivalve molluscs across a protracted interval of their evolution. This will encompass one of the big five mass extinctions events and multiple episodes of climatic and environmental change. The family of interest are the Veneridae or Venus Clams, these bivalves are immensely successful in today’s oceans with over 800 species recorded, including several taxa of economic significance to the shellfish industry.

Despite their importance today, the classification of the fossil representatives of the Veneridae require reappraisal. This will be the first step in understanding changes to the diversity and ecologies occupied by these bivalves. To begin with, I will be focusing on the fossil venerids found within the numerous geological units of South East England, including the Lower Greensands, London Clay and the Crags of Suffolk and Norfolk.

Receiving the Richard Owen Research Fund will enable me to visit the Natural History Museum (NHM) London, where I will utilise the significant collections of venerids housed therein. These collections will provide abundant material with well over 600 specimens, representing over 25 genera. The NHM collections allow for a study of venerid diversity spanning over 125 million years, representing the Cretaceous to the Pleistocene of Britain. This provides an opportunity to not only address the problematic taxonomy of the family but also to begin to detect long term evolutionary changes and responses to Cenozoic climate change. 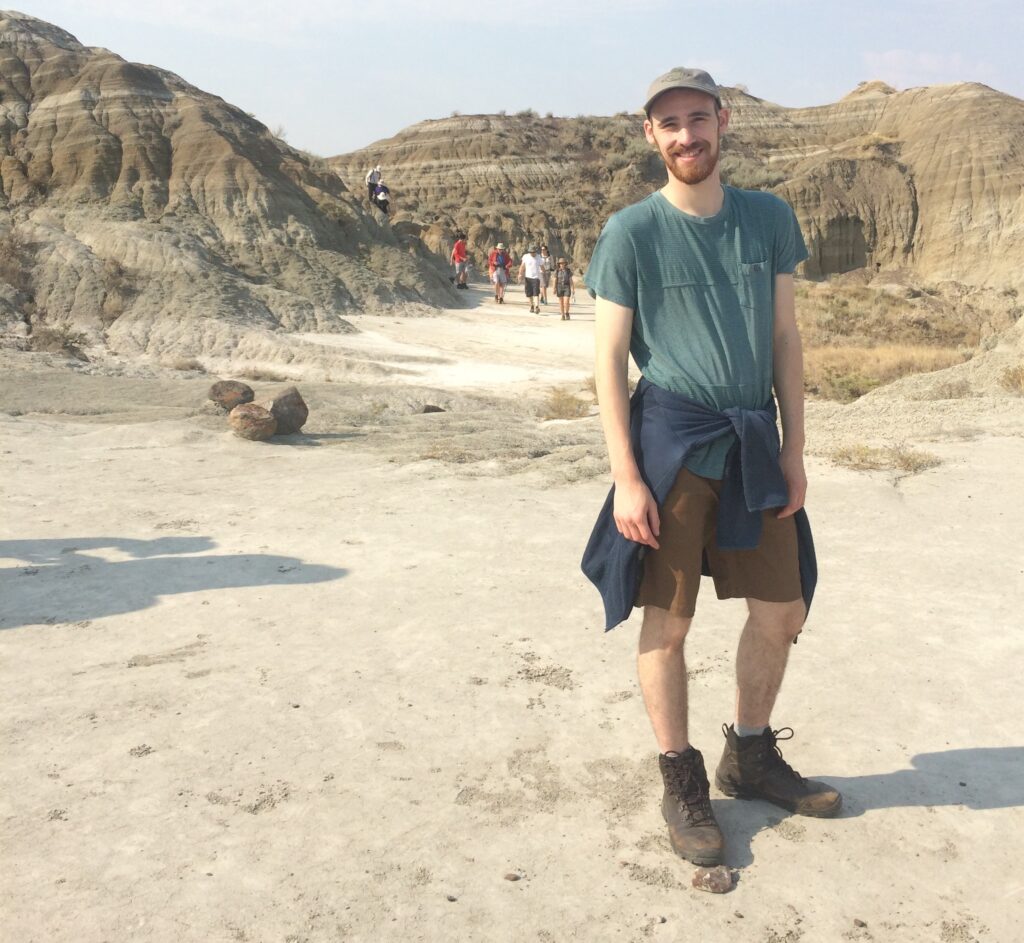 A few words from Daniel about their research and on winning the award.

During my PhD (2015-2019) my research aimed to decipher the impact of preservation, and human, biases on our understanding on tetrapod evolution, predominantly focussing on the completeness of the dinosaur fossil record. I employed approaches that quantified the completeness of individual species’ skeletal material, by measuring the absolute proportion of the skeleton preserved within their specimens. With this, I investigated patterns of completeness at various taxonomic and spatiotemporal scales, and performed comparative statistical analyses with numerous biotic and abiotic variables in order to parse potential controlling relationships that could impact macroevolutionary signals of different fossil groups. I used these methods for a thorough assessment of theropod dinosaur fossil record and a re-assessment of the sauropodomorph dinosaur fossil record, focussing on the impact of new fossil discoveries. Since then, I have also performed novel research into the ‘diagnosability’ of theropod dinosaur fossil material, in order to specifically understand whether a taxonomic identification bias impacts our interpretations of theropod species abundance and clade diversity. This work will be published soon.

Recently, I and other researchers at the University of Birmingham, have been interested in the ichnological record (specifically footprints) and how for the most part it has been neglected as an alternate source of macroevolutionary data. Most macroevolutionary studies derive interpretations solely from the skeletal fossil record, which provides a wealth of information, but predominately constitutes isolated incomplete specimens prone to transportation. On the other hand, fossil footprints (i) are preserved in situ, allowing confident associations of potential trackmakers and palaeoenvironments; (ii) they preserve specific behaviours and dynamic interactions; and (iii) they constitute a higher abundance of finds, providing more complete pictures of past ecosystems. Furthermore, tracks often provide additional and alternative evolutionary narrative to that presented solely in the skeletal fossil record. Despite a potentially invaluable insight, relatively little research has focussed on the large-scale signals that fossil tracks can provide. So, I believe it is worthwhile to investigate the utility of the ichnological record for interpreting past abundance, diversity and geographic histories. To do so, me and my co-workers aim to produce a comprehensive quantification of UK Mesozoic dinosaur tracks as a case study, elucidate potential large-scale palaeocommunity patterns, and assess the degree of congruence between macroecological signals perceived from the skeletal and track records, whilst considering the pitfalls of the latter.

With the very welcome financial aid of the Richard Owen Research Fund, I will be able to travel to museums across the UK and collect valuable data that is not available in the scientific literature, therefore, providing a more comprehensive overview of the UK dinosaur track record. But more than this, receiving the award from such a prestigious society personally means a great deal to me. The Palaeontographical Society’s backing affirms my belief the study is interesting and potentially valuable and boosts my confidence as a researcher. I strongly recommend other researchers apply to this the fund.

For details about the award, please visit the Palaeontographical website.